Next step after signing up twitter is go ahead with twitter application to any social media platform which you are addicted to open twitter and recieve a pop-up from twitter asking if you want to allow twitter access or not allow it, choose allow access for twitter , now you will come across many tips provided to help new comers on twitter . There will be three options provided follow, sit back and watch , find your way around and ask which one do you choose? we recommend that select find your way around as first option and than the other two as first option .

First step is finding your target market from twitter from where you can attract customers to your business so please go ahead with twitter application and click on pull down menu which will show the option of search , now type who to follow? this will help twitter suggest users who are interested in similar topics as your topic for instance if you want to promote your food business than search about tasty food restaurants in USA, the same thing goes if you want to say share information about employment then type jobs or employment usa and same applies like that but remember one thing while tweeting not all people like same things like you, so be not too spammy

Third step is search the twitter suggested people on twitter application which you downloaded , go to twitter application click on pull down, now type any keyword related to your business or niche this will search all suggested user who are interested in that specific topic so if you want to sell shoes then type shoe stores, after typing specific keywords choose users from results page keep scrolling down! if there are too many results provided then again search about that particular topic or find a link of article written about that topic then scroll down until you find twitter suggested people with 1k+ followers.

So these were some ways to attract new customers on twitter we hope that this article will help you with twitter marketing, however there is another way of getting twitter users which is ads but we don’t recommend our ad sense friends as first priority for your twitter account as it may hurt the reputation of your business as well as twitter account . So stay tuned for more helpful articles like these! 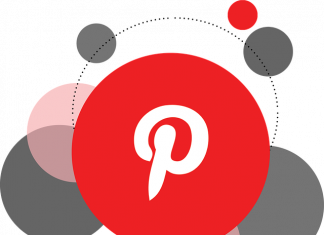 Image by kirstyfields from Pixabay How to Use Pinterest for Business It's time to...